Home
Blog Post
How about a March for Christ? 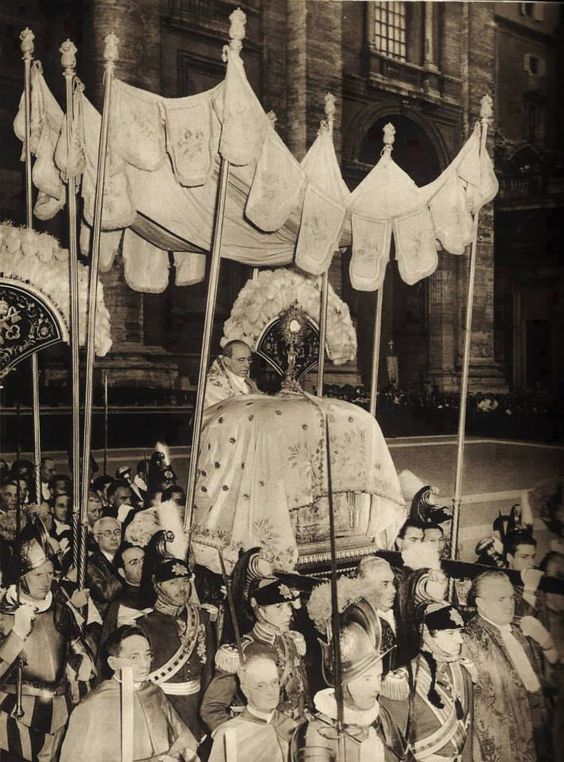 As I write, the 46th annual “March for Life” is taking place in Washington, D.C. According to organizers, the vision is “a world where the beauty and dignity of every human life are valued and protected,” and the mission, to “end abortion by uniting, educating, and mobilizing pro-life people in the public square.”

The March, while featuring a large number of attendees assembled under a Catholic banner, attracts a diverse collection of individuals and groups; even among the self-identified Catholics.

One of the featured speakers at this year’s March for Life is Carl A. Anderson, Supreme Knight of the Knights of Columbus; a group that is always well-represented at the event. In a 2016 editorial for The Hill, Anderson wrote:

Yes, you read that correctly; Anderson is leveraging his Catholic creds to deceive people into believing that the Church simply seeks to substantially restrict abortion. Apparently, he either does not know, or does not care about, the meaning of intrinsic evil.

In any case, welcome to the Big Tent otherwise known as “Pro-Life, Inc.” and its premier national event, March for Life.

According to an article posted online yesterday by “a correspondent for the National Catholic Reporter’s Field Hospital”:

That’s OK, you can still be pro-life, say activists warning that the movement against abortion has been captured by conservative culture warriors promoting adherence to Republican politics as a litmus test. That concern came into sharp focus in 2016.

Highlighted in the article was a group called Rehumanize International, a March for Life participant and “seamless garment” cult that believes “being pro-life means being against abortion, the death penalty, war, and discrimination as well as supportive of immigrants.”

Also participating in the March will be a wide assortment of Protestant groups, like members of the Ethics & Religious Liberty Commission, the public policy arm of the Southern Baptist Convention, which exists to protect every American citizen’s “right” to reject Jesus Christ.

And let us not fail to mention the Pro-Life Alliance of Gays and Lesbians; another March for Life participating organization, the members of which presumably have little firsthand knowledge of so-called “unwanted pregnancy.”

Among all of these marchers, the one group whose name and purpose most aptly describe the event is Secular Pro-Life, an organization that “seeks to increase the inclusiveness of the overall pro-life movement by creating space for pro-life atheists, agnostics, humanists, and other secularists.”

Let me be very clear, I do not mean to denigrate the many well-intentioned individuals that make the annual journey to Washington, D.C. to participate in the March for Life. I am personally familiar with, and friends with, any number of them and they do mean well.

At the same time, I want to be equally as clear in stating the truth: The March for Life, in spite of any sincere efforts on the part of certain individuals or groups to adorn the event with Christian overtones, really isn’t about Christ at all; it’s about man.

For far too many Catholic “pro-lifers,” including the leaders of the movement (Fr. Frank Pavone, for example), the human embryo – not the Kingdom of Heaven – has become the “pearl of great price” for which they are pleased to sell everything, including whatever commitment they may have had to the mission that Christ actually gave to His Church.

As organizers of the March have plainly and accurately stated, it’s mission concerns “mobilizing pro-life people in the public square.” With this being so, a successful March entails showing enough strength-in-numbers to convince public officials that, if indeed they wish to keep their cushy jobs, they would do well to acknowledge pro-lifers as a voting block.

Sounds terrific, until such time as an even more influential constituency flexes its collective muscle to promote whatever its agenda may happen to be; e.g., LGBT rights, contraception, so-called “religious liberty” – each of which are an assault against Christ.

At its heart, the March for Life does not so much contribute to building the Kingdom of God, over which Christ the King reigns, as it demonstrates a commitment to the American democratic lie that the power of government comes from the people.

Has the pro-life movement as a whole made some headway in educating the ignorant about the horrors of abortion? Certainly. There has been a swing in public opinion of late, and statistics show a reduction in the number of abortions taking place in the U.S.

To what extent the March for Life itself has contributed to this is questionable at best. The event, especially given the scant coverage it receives from the mainstream media, which practically owns the eyes and ears of the Church’s enemies, does little to change the hearts and minds of abortion advocates.

In spite of whatever good the March may do, let’s not lose sight of the fact that the mission that Christ gave to His Church, and by extension to the faithful, each in their own way, is to convert the nations to Him; i.e., to bring them to heel under “the sweet and saving yoke of our King” ( cf Quas Primas 3).

As Pope Pius XI wrote in 1925, “When once men recognize, both in private and in public life, that Christ is King, society will at last receive the great blessings of real liberty, well-ordered discipline, peace and harmony” (ibid., no. 19).

So, instead of a march for human life, how about a march on Washington, D.C. for Christ the King who is the Life, calling our civic leaders to account for their duty to acknowledge, not us and the power we ostensibly wield at the polls, but rather He to whom all authority in heaven and on earth truly belongs?

This, my friends, is how a godless society is rid of the scourge of abortion.

None can be trusted: IMPORTANT UPDATE