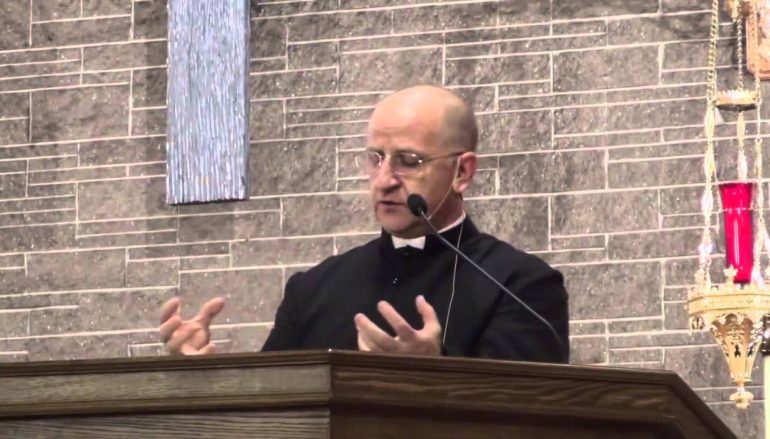 A recent sermon given by Fr. Chad Ripperger on the problems effecting the so-called “traditional movement” has been receiving a fair bit of attention in certain circles, and not without reason.

UPDATE: A kind reader has pointed out that the sermon in question, although receiving renewed attention today and just recently uploaded to Youtube (linked above), was initially published back in August of 2009 when Pope Benedict XVI was still pope.

“I just want people to be aware that these are the kinds of problems that we’re up against,” Fr. Ripperger said. Why? Because, according to him, these issues are present “pretty much across the board in almost every traditionalist apostolate” and they are the reason “why the tradition isn’t being recouped as quickly” as it might otherwise.

Fr. Ripperger makes some good points; e.g., concerning the necessity of avoiding pride and remaining ever aware that it is only by God’s grace that any of us have either been born into, or drawn into, tradition.

At a certain point, however, Fr. Ripperger veers onto some shaky ground, saying:

We have to stop detracting against the Magisterium. Okay, why? Because in the end it destroys people’s ability to the virtue of piety. How you can expect people to want to submit themselves to Christ’s legitimate authority, handed on through the Magisterium, if you’re constantly running down the bishops and the priests and the Pope and things of that sort.

Certainly, there is a very important distinction to be made between attacking a person in an act of subjective judgment – be that man a member of the hierarchy or otherwise – and attacking his errors, false teachings and heresies in an objective sense. The former is sinful; the latter, necessary.

That said, it seems to me that the unwillingness to make this distinction is found every bit as often or more among those who reject tradition as compared to those attempting to defend it. In other words, those determined to remain entrenched in the comforts of conservatism often disingenuously accuse those who stand up for tradition of attacking persons; when in truth, false teachings and impious behaviors are truly being attacked.

Furthermore, let’s be clear, the duty of submitting to legitimate ecclesial authority presupposes that doing so is tantamount to submission to the authentic Magisterium of the Church. Submitting to the kind of garbage that is being freely cast about by so many of today’s priests and bishops (most especially the one presently dressed in papal whites) is a grave danger to souls. If a defender of tradition should inspire a lack of blind trust in modernist Rome and its leaders [UPDATE – Benedict XVI included!], praise God.

I think it is fair to say that pretty much all so-called “traditionalist apostolates” worthy of the name – meaning, those with a voice in Catholic media – are very clear about the necessity of submitting to the Church’s perennial Magisterium; as opposed to the contrary novelties that are so often put forth by the hierarchy of today.

You should never say anything against somebody unless it’s necessary – that is, by necessary, it’s necessary for that person’s spiritual life, or their physical well-being or what have you; it’s just, don’t exaggerate it and it’s charitable. What does that mean? It means that it’s proceeds from a desire for people’s spiritual being and for the love of God not because you’re mad and angry and want to hack at people.

With respect to necessity, Fr. Ripperger left out something very important. More often than not, when the errors and offenses of a priest or bishop – including the one presently running the show in Rome – are being criticized, it is being done for the good of those who may be misled; i.e., for the glory of God and the salvation of souls. That said, he does make a good point; we should frequently examine our motives just to be certain that we are acting for the right reasons.

I’m not buying this for a second. There is only one reason why the so-called “Magisterium” of today (i.e., the hierarchy of today) does not “give us anything” authentically Catholic and genuinely nourishing for the soul, and that is because they are largely hirelings of the conciliar church-of-man who have not the true faith. Period.

To hear Fr. Ripperger speak one would imagine that some substantial number of the bishops of today actually have a genuine desire to lead the flock in the way of tradition, but it is the attitude of the faithful that is preventing it. The idea is absurd.

Then they … allow the filial devotion to the office of the papacy to wane; that is, not making proper distinctions between the man and the office. It doesn’t matter what the man does. The fact of the matter is we must be faithful and loyal to the office.

Again, I’m not buying it. As anyone with authentic filial devotion to the papacy surely knows, it most certainly does matter what the man does – in the present case, Jorge Bergoglio; a man who has no respect for the papacy whatsoever. What he does, and has been doing since 13 March 2013, has arguably done more harm to the image of the Office of Peter, and therefore loyalty to said Office, than any other person of the last several centuries; with the only possible exception being his “bright light,” Paul VI.

So, in conclusion, is Fr. Ripperger a determined defender of tradition, or a company man who is willing, on occasion, to carry the water for corporate?

The answer seems to be a little of both. While Fr. Ripperger’s sermons often have much of substance to offer in the way of tradition, his words, like those of everyone else, must be carefully scrutinized for the presence of “a little leaven.” With respect to the present sermon, we find some of each.

This is perhaps not surprising given that he was initially ordained a priest of the Fraternity of St. Peter, a “full communion” society of which at least one newly ordained priest (who also happens to serve my parish) is pleased to credit “Saint” John Paul II with his vocation.

UPDATE: This same kind reader has also pointed out:

Fr. Ripperger is no longer with the FSSP and hasn’t been for a few years. He has started his own Society of exorcists under the title of Our Lady of Sorrows (www.dolorans.org.) at the request of the former bishop of Tulsa, OK (who’s liberal successor subsequently banished his order as well as an order of nuns who evangelized the Jews). The bishop of Denver invited his order to Denver where is currently operates.

In reality, the reason “why the tradition isn’t being recouped as quickly” as it might otherwise isn’t because so-called traditionalist laity are acting up – although, granted, this isn’t helping on the individual level. It is because… wait for it… the Council, the bastard rite of Paul VI, and a decade’s long series of men-in-white who are Hell bent and determined to promote them.

So, while we must labor to defend the true Faith and lead others to it as best we can, the tradition isn’t going to be recouped in any broad sense until such time as we are given a faithful pope who will abrogate both the Council and the Novus Ordo Missae. All indications are that the stage will not be set for this to occur apart from a very painful act of chastisement; one that will force the surviving portion of humanity back to its collective knees.

In the meantime, the Church certainly could stand to benefit from churchmen who are willing to forgo the role of company man entirely in favor of plainly condemning the Council, the Novus Ordo, and poisonous ideas of every kind; holding accountable, by name, the priests, the bishops, and the popes who have been peddling them.

The scoop on the Novus Ordo