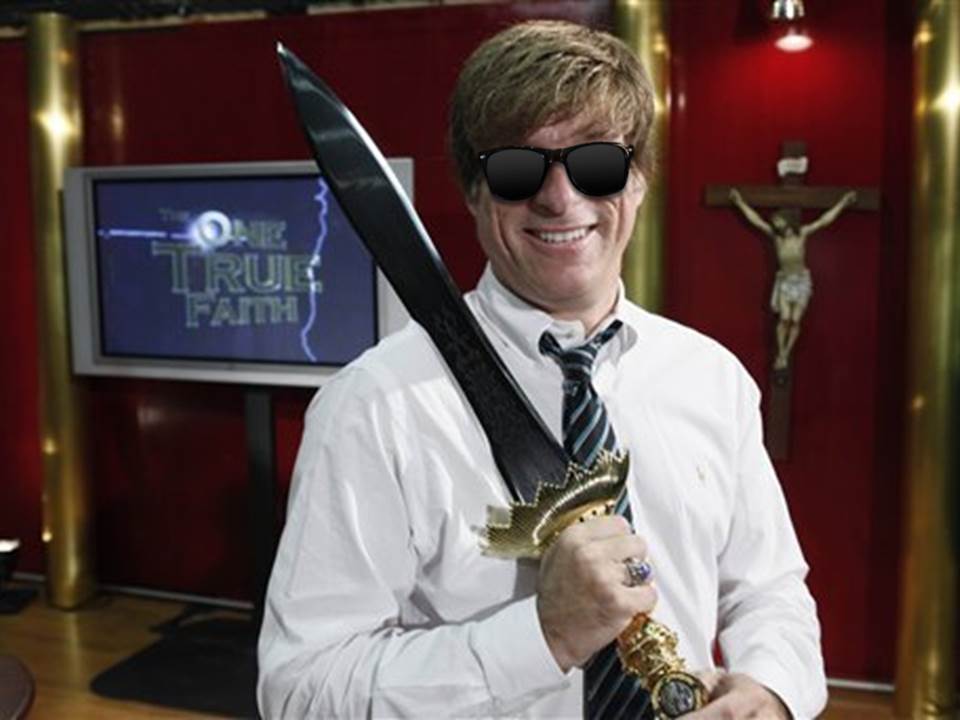 On July 23, Church Militant published an article written by a freelance writer by the name of James Baresel under the title, Is the SSPX Sheltering a Sexual Predator?

As the article makes plain, the question posed in the title is purely rhetorical, at least insofar as Baresel is concerned. Evidently, it is his and CMTV’s opinion that the so-called “predator” in question (Fr. James McLucas, a suspended diocesan priest who is neither a member of the Society of St. Pius X nor occupies any permanent position therein) is in fact being “sheltered” by the SSPX.

Well, not really sheltered, you see; that was just click bait.

In the back-and-forth that ensued between the SSPX and CMTV following the initial article, it appears that Church Militant is accusing the Society of nothing more than allowing Fr. McLucas to “occasionally help” them.

I’ll leave it to readers to review the articles under discussion to determine for themselves whether and to what extent mistakes may have been made by the Society. The truth is the truth, and people of good will are necessarily motivated see it brought out into the full light of day, no matter what it is.

As for what motivates CMTV in this case, they aren’t fooling anyone, save perhaps for Michael Voris’ army of groupies; an emotional faction largely comprised of weak men and middle-aged women who are quick to pounce on any perceived slight of their hero.

Even though CMTV and Voris seem to have found their “sweet spot” in reporting on the homo-clerical abuse scandal (for the record, Fr. McLucas is accused of sexual impropriety with a woman), the aim of the aforementioned series of articles has little to do with such things. Rather, it is driven first and foremost by CMTV’s longstanding fixation on the SSPX.

Baresel aired his own bias against Catholic tradition when he wrote of Fr. McLucas:

His editorship [of Latin Mass Magazine] was marked by promotion of the more bizarre wing of “traditionalist” opinion, including publication of an article claiming that Pope Paul VI’s encyclical reaffirming Church doctrine on the immorality of artificial birth control, Humanae Vitae, broke with established Church teaching on account of its failure to make explicit mention of the distinction between the primary and secondary ends of marriage.

There is nothing whatsoever “bizarre” about this. It is an undeniable truth (not merely an opinion) that Humanae Vitae did indeed obscure (if not outright deny) the traditional teaching regarding the ends of marriage; thereby promoting the very “contraceptive mentality” that the text supposedly combatted, and heroically so according to most neo-cons – a point made in this space on more than one occasion.

Baresel, having thus shown the shallowness of his Steubenville formation, then went into full blown #FAKE mode, proposing:

So, readers should simply take it on Baresel’s say so that it’s a usual occurrence for “conservative” clerics who are guilty of sexual misbehavior to seek refuge in a traditionalist apostolate?

Common sense alone suggests that this is utter nonsense. The overwhelming majority of “conservative” clerics by definition are all-in with the Almighty Council and the Novus Ordo. Most have little interest in offering the Traditional Roman Rite. Add guilt for sexual misconduct to the mix, and it is clear that Baresel is unhinged.

If Michael Voris – who has anointed himself the media’s lone knight-in-shining-armor capable of defending the Kingdom of Christ from homo-deviant clerics – was half the journalist he pretends to be, CMTV wouldn’t have anything to do with a hack like James Baresel. But alas, they have a common enemy and so anything goes.

In his rebuttal to the SSPX’s response to his article, Baresel put his instability on display for all to see yet again, writing in reference to his investigative technique:

So, which is it, Jimmy? Did you ask how Fr. McLucas might be contacted, or did you never say that you wanted to contact him?

And this from a guy who, in the manner of a Bergoglian, wrote of “traditionalists” (so-called), “even the non-sordid among them are a group of oddballs.” Pot, meet kettle.

Believe it or not, Baresel wasn’t quite finished making an ass of himself and his imprudent publisher. He writes:

Making matters even worse is Pope Francis’ grant to priests of the SSPX faculties to validly hear confessions and give absolution and, under certain conditions, to officiate at marriages.

Q: What kind of a self-identified “Catholic” is troubled by the fact that the entirely valid priests of the SSPX actually absolve the sins of penitents?

A: One so blinded by hatred for tradition that the salvation of souls is no longer of any concern.

On July 24, CMTV issued yet another follow-up piece  – this one published without a byline, which necessarily means that it met with Voris’ approval. In it, readers are provided with what it calls “Other Evidence of Protecting Sexual Predators” by the SSPX.

Again, I’m all for shining the light of truth on every single detail, and if the allegations made in this article are true, I’ll be the first to say that they are troubling to the point of being practically indefensible.

Following Baresel’s initial article, the SSPX swiftly responded with a press release. This most recent CMTV article, however, is to be taken far more seriously. As of this writing, the SSPX has yet to respond.

In this case, for the good of the Society and its faithful, “I will not say a word” isn’t going to cut it. As such, I am looking forward to a response from the SSPX and have every confidence that one is forthcoming.

That having been said, one of the truths made plain by the article itself (albeit inadvertently) is a truth that CMTV is loath to acknowledge; namely, that the Society of St. Pius X is in no way schismatic. This, not according to some “oddball traditionalist,” but according to the conciliar church’s “full communion” gatekeepers themselves.

One of the cases highlighted by CMTV concerns a now former-Society priest, Fr. Philippe Peignot. CMTV reports that “the Vatican authorized the SSPX to begin a canonical trial against Peignot, which found him guilty of sex abuse.” They even provided readers with an image of the 2013 “Letter of the Vatican’s Congregation for the Doctrine of the Faith asking Bp. Fellay to begin proceedings against Fr. Peignot.”

To my knowledge, the Congregation for the Doctrine of the Faith has never asked any of the Orthodox Church’s to begin a canonical trial against one of their own. The reason? They are schismatic. You get the picture.

In conclusion, two things have emerged from CMTV’s recent series of articles on the Society of St. Pius X; each one well beyond dispute:

– Church Militant, under the leadership of Michael Voris, remains as consumed as ever with an irrational hatred for the SSPX, to the point where even the salvation of souls is of lesser concern than their desire to inflict damage upon the Society. What truly lies in their crosshairs, whether they realize it or not, is Catholic tradition itself.

– The SSPX owes it to their faithful (at the least) to answer the very serious charges made concerning Fr. Peignot and others. If mistakes were made in the handling of credibly accused persons within the Society, they should be admitted and explained.

Of course the hierarchs of the conciliar church treat clerical sexual abuse as a PR challenge; doing whatever they can to protect their image. They’re humanists first and foremost; their mission, entirely earthbound. The Society of St. Pius X, by contrast, reasonably invites being held to a much higher standard.