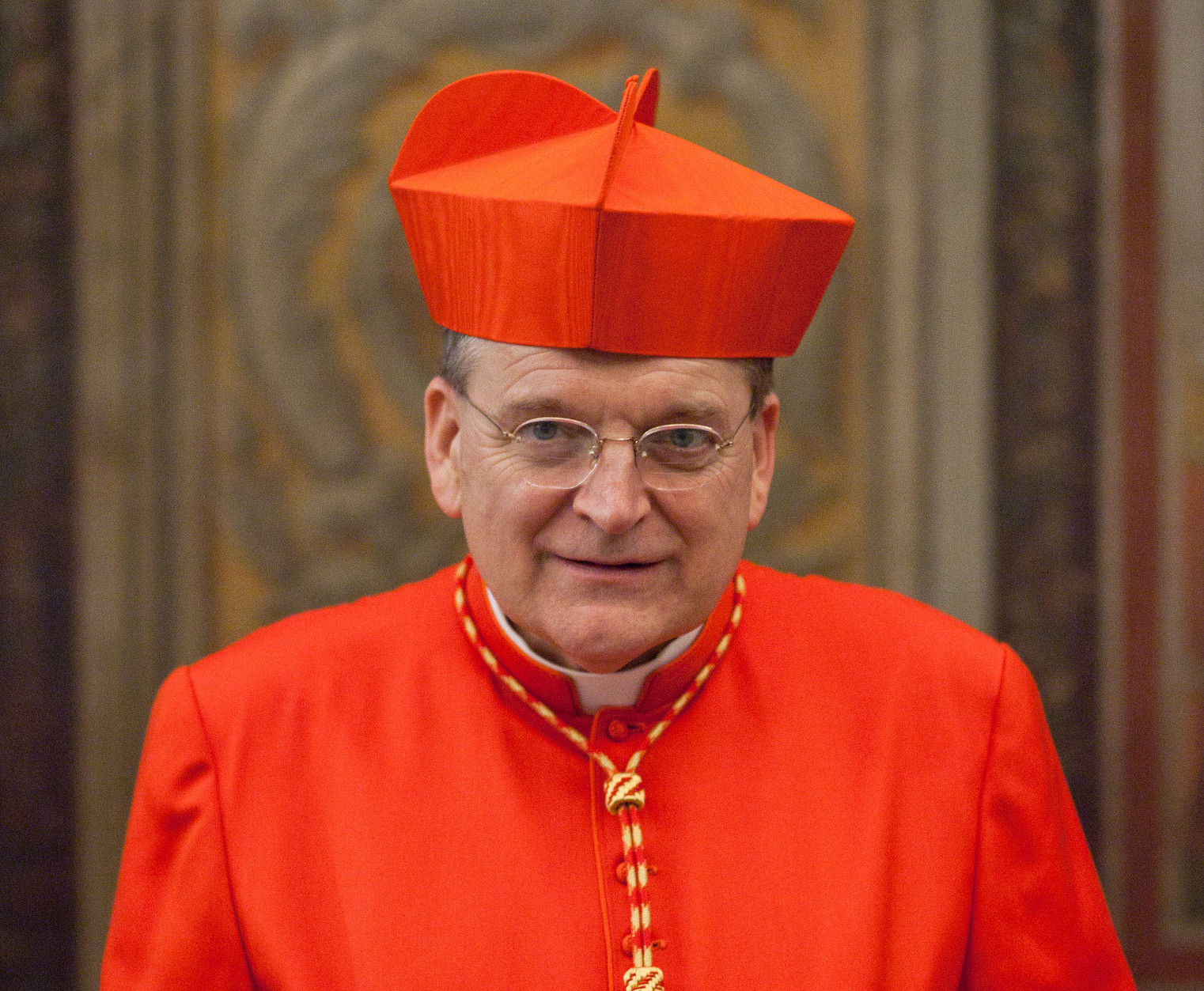 A few months ago, a kind reader reported that Cardinal Raymond Burke, at the Sacred Liturgy Conference that was held in Medford, OR, in July, had publicly declared that the FSSPX is “in schism” while advising the faithful to neither attend their liturgies nor receive their sacraments.

If true, I understood that this would be important information to share for obvious reasons, but I decided that it was first necessary to obtain irrefutable confirmation as to what was actually said.

Today I received an audio recording of Cardinal Burke’s condemnation of the FSSPX as given during the Q&A Session that was held on July 15, 2017 at the above referenced Sacred Liturgy Conference.

Please listen for yourself as Cardinal Burke even goes so far as to suggest that the Society’s faithful stand in need of being “reconciled and returned to the Church.”

MODERATOR: Is it ever licit to attend and receive Communion at a Pius X liturgy? If there are there no other reverent Masses within reasonable distance. Can this fulfill the Sunday obligation?

[Archbishop Sample, who was also on the panel, defers to Cardinal Burke.]

CARDINAL BURKE: The, despite the various arguments surrounding the question, the fact of the matter is that the Priestly Society of St. Pius X is in schism since the late Archbishop Marcel Lefebvre ordained four bishops without the mandate of the Roman Pontiff.

And so it is not legitimate to attend Mass or to receive the sacraments in a church that’s under the direction of the Priestly Society of St. Pius X.

Having said that, we, part of the kind of general confusion in the Church has also entered into this question because the Holy Father has given the priests of the Priestly Society of St. Pius X faculties to celebrate validly marriages, licitly and validly. But there is no canonical explanation for it, and it is simply an anomaly.

And, also Pope Benedict XVI, before his abdication, he lifted the excommunication of the four bishops who were ordained without the papal mandate, but, he, they hadn’t, the requirement for having an  excommunication lifted is that a person has withdrawn from his contumacy and now desires to be fully reconciled with the Church but in fact that hasn’t happened, and so that’s another bit of an anomalous situation

They’re no longer excommunicated, but they’re also not in regular communion with the Catholic Church.

And so the whole thing is very complicated, but I would say to you that, I don’t think it’s a good sign to receive sacraments in the Priestly Society of St. Pius X because that’s not helping them to, first of all, the sacraments are not celebrated licitly. They’re valid, there’s no question about it if the priests are validly ordained, but it’s not a, it’s a countersign to the communion of the Church. Instead we should be encouraging the members of the Priestly Society of St. Pius X to be reconciled with the Church

In fact, I think that Fr. Saguto could confirm this, I know it was the case both in Lacrosse and in St. Louis where there were apostolates of the Institute of Christ the King Sovereign Priest for those desiring the rites of the Church according to the ancient usage, many, many people who had been going to the Priestly Society of St. Pius X were reconciled and returned to the Church.

And I say that if instead we simply go freely to those Masses [of the FSSPX] and so forth that are celebrated, what encouragement does that give to them to be reconciled with the Church?