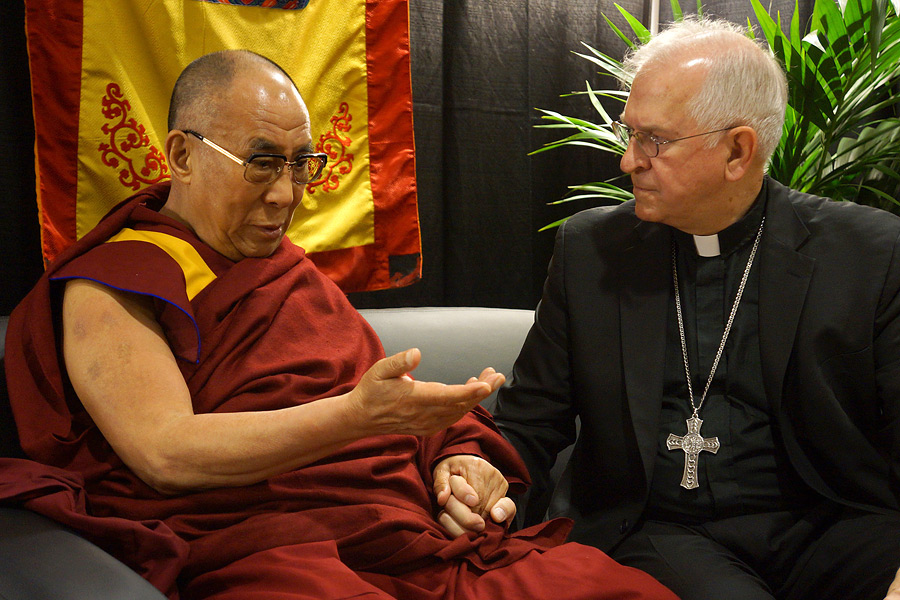 On June 25th and 26th, the Supreme Court issued consecutive landmark decisions, each of which signal an unprecedented threat to the Church’s ability to carry out her mission in the United States, as well as the persecution of Catholic individuals, businesses, and other assorted organizations that don’t fall into line.

The first of these rulings allows for the use of Federal tax dollars to fund health insurance plans that cover abortion, contraception and sterilization under the Affordable Care Act; the other, making so-called “same-sex marriage” the law in all fifty states.

The reactions of so-called “conservative” American Catholics have been rather predictable, with many lamenting this latest example of judicial activism as a blow to democracy and an affront to the U.S. Constitution so egregious as to make the Founding Fathers roll over in their graves.

Emerging along the way as their knight-in-shining-armor is Supreme Court Justice (and Catholic) Antonin Scalia, whose scathing dissent in both rulings gives voice to so many of their deepest concerns for the once-proud Republic they call home.

Little do these otherwise serious Catholics realize that their idolization of Justice Scalia is but a subconscious attempt to fill the ultimate-authority vacuum left by the Second Vatican Council’s unceremonious demotion of Christ the King to mere figurehead status; the only role the Sovereign Lord has ever been allowed to play here in the United States.

Speaking for the minority, Scalia wrote:

The substance of today’s decree is not of immense personal importance to me. It is of overwhelming importance, however, who it is that rules me. Today’s decree says that my Ruler, and the Ruler of 320 million Americans coast-to-coast, is a majority of the nine lawyers on the Supreme Court. Until the courts put a stop to it, public debate over same-sex marriage displayed American democracy at its best.

Setting aside the fact that those who attach little “personal importance” to egregious violations of the Divine Law are unworthy of the name “Catholic,” Scalia was entirely correct in saying that “public debate over same-sex marriage displayed American democracy at its best.”

While obviously meant to endorse the wisdom of the Great American Experiment, the well-formed Catholic immediately recognizes that Scalia’s words are better understood as an unintentional indictment of the same.

In a nation where the Constitution requires the government to treat the commandments of Christ the King with no more esteem than the vagaries of the Dalai Lama, and to look upon the Holy Catholic Church no differently than the Order of Wiccans, what more can one expect than vigorous public debate about whether or not to make room in the law-of-the-land for the immutable truths that come to man directly from Almighty God?

“This practice of constitutional revision by an unelected committee of nine, always accompanied (as it is today) by extravagant praise of liberty, robs the People of the most important liberty they asserted in the Declaration of Independence and won in the Revolution of 1776: the freedom to govern themselves,” Scalia continued.

Once again, what Antonin Scalia intended as a celebration of a good, reveals nothing but evil…

You see, true freedom has nothing whatsoever to do with “governing oneself,” as if to say that the collective “We the people” always and everywhere have the right to determine what is best.

Rather, “the great blessings of real liberty, well-ordered discipline, peace and harmony” are made manifest only when “men recognize, both in private and in public life, that Christ is King;” at which point “society will at last receive true freedom.” (cf Pope Pius XI, Quas Primas)

At this, the answer to the question being asked by so many American Catholics, “How did we get here?” should be entirely obvious:

The United States was ever destined to fall into hedonistic ruin thanks to its Constitutional denial of Christ, and the utter failure of recent popes and bishops to proclaim the Social Kingship of Jesus Christ has most certainly served to hasten its descent.

For more than fifty years, in a nation where the overwhelming majority of citizens claim to be followers of Christ, the American bishops, in union with the Vicar of Christ on earth, the pope, have ceased to form the flock in the simple truth that there is no “difference between the individual and the family or the State; for all men, whether collectively or individually, are under the dominion of Christ. In Him is the salvation of the individual, in Him is the salvation of society.” (ibid.)

The increasing godlessness of the electorate that ensued as a result of this fundamental teaching going untaught for several generations is such that large numbers of those who claim to be Christian can’t see the dreadful reality of the current situation for what it truly is; an act of rebellion, not against the Founding Fathers, but against Almighty God.

The rebellion of individuals and states against the authority of Christ has produced deplorable consequences … because men have forgotten or neglect their duty; the unity and stability of the family undermined; society in a word, is shaken to its foundations and on the way to ruin. (ibid.)

In response to the Supreme Court’s “gay marriage” ruling, Archbishop Joseph Kurtz, in the name of the United States Conference of Catholic Bishops, issued a statement that is being well-received by the same neo-conservatives who put Antonin Scalia on a Catholic pedestal.

At first blush, the USCCB statement looks rather good as compared to so many others, beginning:

Regardless of what a narrow majority of the Supreme Court may declare at this moment in history, the nature of the human person and marriage remains unchanged and unchangeable … It is profoundly immoral and unjust for the government to declare that two people of the same sex can constitute a marriage.

While it is a noteworthy upgrade in rhetoric to see the response framed in terms of the “immorality” of the ruling, as opposed to the “unconstitutionality” so often invoked in the past, overall, the statement is weak in that it fails to claim recourse to Christ to whom “all authority in Heaven and on earth belongs.” (cf Mt. 28:18)

The very best that the statement has to offer comes near its closing:

While it is good to see the statement speak of the truth about marriage as being “confirmed by divine revelation,” one notices that Archbishop Kurtz contents himself with encouraging “Catholics” and “people of good will,” as opposed to calling very specifically upon the civil authorities to accept this unchanging truth; the same who “would have no power unless it had been given from above” (cf John 19:11).

Instead, the statement ends with a bit of groveling:

I ask all in positions of power and authority to respect the God-given freedom to seek, live by, and bear witness to the truth.

Let’s not sugarcoat what this is and what it is not: It’s nothing more than a wimpish plea to let Catholics live according to truth. It most certainly isn’t what it should be; namely, an authoritative demand for those who govern to uphold their duty to do so according to truth.

No, that would be a bit too triumphalistic, I suppose.

In the end, the statement comes off sounding far more like the pious opinion of an organization of clerics, or the sour grapes of a minority constituency, than a proclamation of the Divine Law to which every man, woman, child and nation is obligated.

The unique meaning of marriage as the union of one man and one woman is inscribed in our bodies as male and female … Jesus Christ, with great love, taught unambiguously that from the beginning marriage is the lifelong union of one man and one woman. As Catholic bishops, we follow our Lord and will continue to teach and to act according to this truth.

Again, it is nice to see the name of Jesus Christ invoked, but ultimately this is, at best, a half-truth.

The reality is that every single, solitary human being must “follow Our Lord” (He is, after all, Lord of all, even those who do not recognize Him as such), and no one has the right to act in a way that denies the truth that comes to us from Christ through His Holy Catholic Church.

Why o’ why is it so damned difficult for these men to just say so with clarity; i.e., to preach like men?

Whatever the reason Archbishop Kurtz is unwilling or unable to do so, to no one’s surprise, he played the most predictable victim card of all, the children:

Mandating marriage redefinition across the country is a tragic error that harms the common good and most vulnerable among us, especially children. The law has a duty to support every child’s basic right to be raised, where possible, by his or her married mother and father in a stable home.

Again, this is at best a half-truth.

Are children going to be hurt by the Court’s latest ruling?

Yes, of course they are, but the real problem lies in the reality that so-called “gay marriage” is an egregious affront to Jesus Christ, the most benevolent King who not only reigns over society, but who willingly laid down His life for us.

Every act of rebellion against Him wounds everyone.

Furthermore, what is this nonsense about the law having “a duty to support every child’s basic right?”

Those who govern have a duty to craft laws that are consonant with Divine Law, and when they do so, everyone’s rights are protected.

If all that has been said thus far has failed to boil the Catholic blood in your veins, I’ve saved the most cringe-worthy portion of the statement for last:

The protection of this meaning [of marriage] is a critical dimension of the “integral ecology” that Pope Francis has called us to promote.

What a steaming load of gratuitous papal arse kissing garbage!

A meticulous review of the “integral ecology” encouraged by Pope Francis in Laudato Si (speaking of garbage) reveals exactly nothing relevant to the topic of marriage.

It does, however, reveal an insight that is entirely relevant to the spinelessness of the post-conciliar hierarchy as Pope Francis speaks of “the rich contribution which religions can make towards an integral ecology and the full development of humanity.” (LS 62)

Setting aside the fact that the term “integral ecology” has no real Catholic meaning, one notes the pope’s “humble” suggestion that “religions” (plural) contribute to “the full development of humanity.”

The truth is, there is only one religion that contributes to “the full development of humanity,” and that is the Holy Catholic religion, the same that has the great misfortune in our day of being led by faithless men of weak resolve.

Which brings us right back to where we began…

When the sacred hierarchy lacks the wherewithal to proclaim, in the name of Holy Mother the Church, by virtue of her God-given authority, the Kingship of Our Lord Jesus Christ, then the worth of every law and precept proposed is thus reduced to the level of mere opinion; especially so in the minds of those who live in a land where democracy is held sacrosanct.

When this is the case, humankind, left to its own devices as though abandoned and orphaned, and wounded as we are by original sin, will ultimately choose what is evil.

And this, my friends, has always been America’s destiny; the crisis in the Church is simply helping it arrive there sooner than it otherwise might.

Relax folks: Fr. Robert Barron has it all figured out